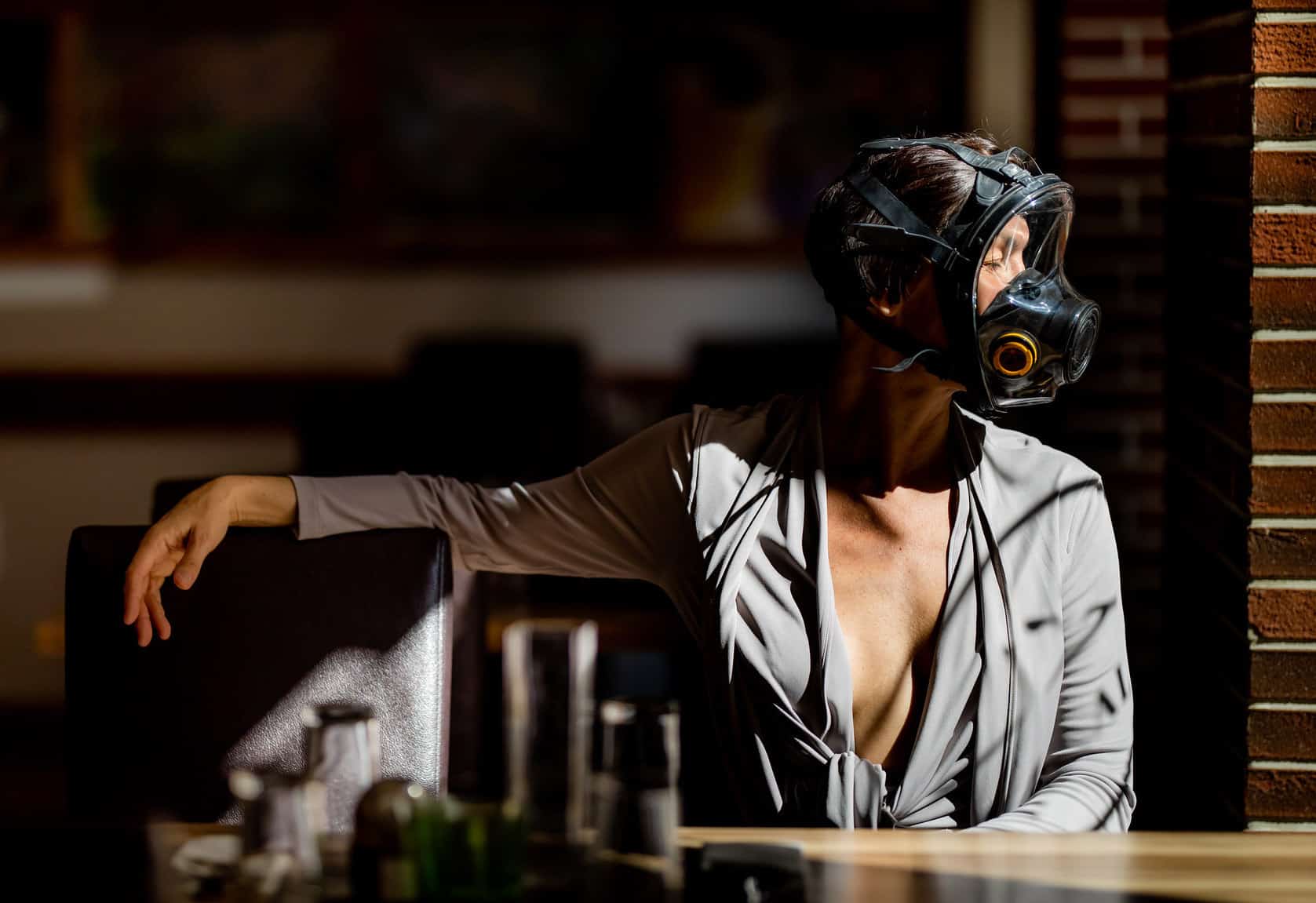 Imagine a cute little American town, population 100,000, with an average Western diet, lifestyle, disease, and death rates. Let’s name it the city of Sobering since it’s a sobering tale of the American dream before and during the age of COVID-19.

At least half or 50,000 people in Sobering have one or more chronic diseases in which lifestyle, nutrition, and environment play a significant role.

Only five thousand, or five percent, are perfectly healthy, a historically unprecedented ratio that is reflected in the town’s cause of death statistics.

Another 216 died from more immediate causes, such as…

The 938 total deaths coincided with 1,284 births, bringing the net tally to 346 surplus Soberians.

A microbial Hell breaks out in a Chinese bat meat market, or maybe a lab technician misplaces a vial, we’re not sure, but the end effect is that an ugly piece of DNA gets unleashed on Sobering. The COVID-19 pandemic kills 20 people in Sobering in the first three months. Experts warn it could kill up to 80, if not adequately contained (four times more than influenza).

The news scares the bejesus out of the people. Soberians agree to self-isolate against the “rampant killer,” at least until the cavalry arrives.

The strategy to “flatten the curve” with a quarantine omits a bigger picture, however. Sobering already has an existing chronic disease epidemic, the scale, and type of which has never been witnessed in history.

While the town waits for the vaccine and the economy nosedives, the people with existing chronic issues are hit hardest. Some lose their access to proper foods, meds, necessities, or other forms of primary care. Add lack of sunlight, movement, and social activity; compound with stress, fear, and isolation, and we have the perfect psycho-chemical cocktail to weaponize the virus against an already immunologically suppressed population.

But the authorities in Sobering ignore co-morbidity, the fact that every disease-related fatality is caused by more than one condition.

It’s as if the virus ran a masterful PR campaign to be perceived as a vastly more vicious beast to the world than it actually is.

Shifting The Attention To The Castle

If an arrow managed to knock down a castle in a medieval battle, the king or lord of the castle would probably have the architect hung.

When it comes to our health and immune system – our castle – it’s easier to blame the arrow.

In a healthy human body, bacteria outnumber human cells by 10:1 and viruses by 100:1, simply because we’ve been adapting to and living symbiotically with pathogenic intruders ever since we became a multicellular organism.

Our castle is built from the arrows of past warfare, so to speak, which is what makes us particularly resilient to novel attacks, unless we are already compromised.

The general rule is, the more we interact with other lifeforms, the stronger our immune system. Aside from a handful of genuinely legitimate, external infectious agents out there, the real threat lies elsewhere – driven by our conscious and unconscious daily choices.

In addition to viruses and other arrows, consider that sugar, chronic stress, sedentary lifestyle, obesity, nutritional deficiencies, processed foods, trans fats, industrial and agricultural toxins, electrosmog, endocrine disruptors, polluted air, lead – and fluoride-rich water, excessive use of antibiotics and antiseptics, and a long list of other stressors have become the norm in Sobering.

To become aware of the broader spectrum of energy inhibitors is not just necessary for survival but also for the quality of life itself. In Sobering, life carries on at, at best, half of it’s mental and physical potential.

The good news is that since we are the architects of our castle, we can also decide to tilt the energy balance in our favor.

The electrochemical energy plants inside our cells, the mitochondria, produce roughly 80kg or 176 lbs of adenosine triphosphate (ATP) per day to meet 95 percent of our daily energy demand, in a complex and delicate electrochemical process that is extremely sensitive to lifestyle, nutrition, even our mindset.

Ample energy is particularly critical for the immune system, which happens to be the most significant energy guzzler in the body. Remember the last time when you fought a “mild” flu, prompting you to lie comatose between the sheets? That’s how much juice the immune system can command.

How do we make sure the castle has enough fuel?

Most of the lifestyle norms in Sobering do the opposite, with psychological factors usually causing drain faster than chemistry alone.

Fear or anxiety, for example, activates stress hormones that inhibit the immune system in order to conserve energy for fight or flight situations. When this happens repetitively, the body develops an addiction to the stress chemistry, with grave consequences that drive emotions, thoughts, and behavior, and ultimately, our health.

The first step to rewiring our health is to identify and correct the causes of psychological stress.

Folks in Sobering are unable to sit still or be present for longer than 10 seconds partly because of the addiction to stress chemistry, pushing them to subconsciously look for distractions and excuses to get jacked up with more worry or preoccupations.

Ergo, hysteria itself has become a norm on a collective level.


Self-observation – whether it’s during meditation, a hike in nature, or a full-blown relationship outburst – can help us disarm some of the adrenal triggers that drive our automatic patterns. Catching even a small part of these triggers in action can save us enough energy to deal with a thousand viruses, figuratively speaking.

Since we are both chemical and electric beings down to our smallest building blocks, we need to also look at the impact of human-manufactured frequencies (EMF) on our well-being.

Both human-manufactured and natural radiation have an influence on living organisms, especially on mitochondria, which are the most sensitive organelles in our bodies.

Nature has an exceptionally regenerative effect, for a reason, which has to do with the rich spectra of natural, coherent frequencies that support cellular health. Coherence equates with energy and information flow. When we take a walk in a forest after spending a week holed up in the bunker, we can feel that flow.

In contrast, some human-made EMF, such as cell phones and wifi routers, cause wear and tear on mitochondria given repetitive and cumulative exposure. Most of us are not sensitized to attribute the source of various effects such as fogginess, drowsiness, headaches, migraines, or sheer exhaustion, to a pinpointable source. Actual disease complications may manifest decades later, but the energetic, immune-depleting drain is a factor in our everyday lives.

Modern safety guidelines fail to address non-thermal effects of human-made radiation, such as the impact on so-called voltage-gated calcium channels (VGCCs), that reside in cell membranes and control neurotransmitter release and muscle contraction, amongst other things. It’s hard to estimate the cumulative impact of VGCCs, but there are flags in our disease statistics from the 1990s forward that deserves a deeper look. The world has sustained a fifty percent drop in overall male reproductive quality since we started pocketing microwave devices, for example.

The good news is that we can reduce the impact of electrosmog with simple measures to boost our energy level and resistance significantly. Switching the EMF sources off when we sleep or travel, and keeping a distance from the emitters, can already drop the exposure to a safe limit. Otherwise, it’s a constant drain on our system.

Frequencies can also be harnessed for our benefit when they mimic natural, coherent sources. Some of the world’s top athletes even use advanced frequency therapies to heal faster from injuries and pain.

Meanwhile, nature is always out there, waiting for us to leverage its genuine healing power to our benefit.

Don’t Just Wait For The Pinprick

The modern medical promise of a panacea in a pinprick or a pill got overblown in the 20th century to the point that we forgot to take care of our castle. Even if we are 100 percent comfortable with vaccines, it’s a good idea to put more attention on our natural ability to create resistance with daily life choices.

Data from the past 300 years supports the idea that sanitation, waterworks, nutrition, disinfection, and better living standards, in general, played a huge role in propping up our resistance to pathogens. As a result, the death rates from measles, typhoid, scarlet fever, whooping cough, and diphtheria, for example, were mitigated before the introduction of their respective vaccines.

The immunological resistance we built up with better living standards in the 19th and early 20th century, we pretty much wiped out with modern diet and habits in the latter 20th.

The last fifty years have been a deep dive into the reality of Sobering, where a single arrow can cause an entire community to shut down.

The COVID-19 health crisis didn’t come from a bat or a lab. We made it happen.

With that much power over our destiny, we can also take back the castle.

Did you enjoy the article?

Energy For Living focuses on investigative health journalism that delves into the root causes of our health crisis, and how to find individual, holistic solutions that re-empower our naturally healing bodies. If you appreciate content that is not influenced by profits, sales, or advertising goals, consider supporting us with a small Patreon donation and /or by subscribing to our newsletter below. 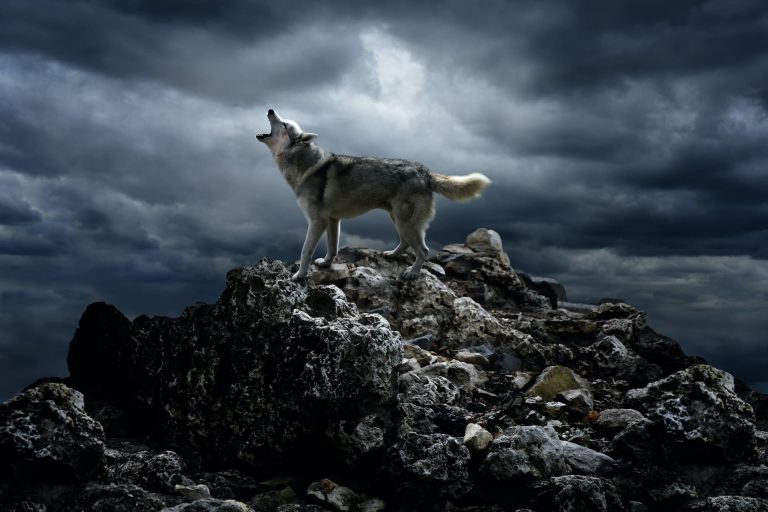 Wolves, like most wild animals whose immune systems are intact, almost never get sick – even a cold. Sporadic viral outbreaks like rabies can be transmitted[…]

Novel branch of medicine successfully identifies and addresses root cause of autoimmune disease.