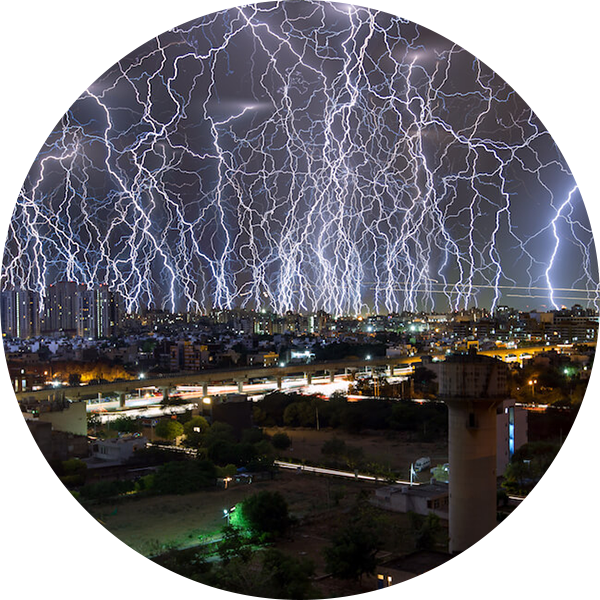 Montagnier used a homeopathic routine to dissolve bacterial DNA into water with high enough dilutions to eliminate every single DNA molecule from the sample. A separate clean water sample and the diluted sample were exposed to an extremely low frequency belt known as the Schumann Resonance. The clean water sample was then scanned for information. The scan was sent to another, independent lab, which proceeded to successfully reconstruct the original DNA. The experiment showed that water is able to retain and transmit DNA information when subjected to a specific frequency.

The discovery hardly made the news.

Montagnier’s experiments were and remain privately funded, sans corporate or subsidy support. The discovery was dismissed by the scientific community, and if it wasn’t for his Nobel fame, Montagnier’s credibility would likely have been roasted. His predecessor, Jacques Benveniste, who pioneered a similar experiment, was branded a charlatan and died soon after, but not before opening the door to a broader mystery.

Yet, as Montagnier’s experiment shows, the classical notion doesn’t even begin to cover our experiential universe.

In 1970, Dr. Fritz Popp, a German biophysics researcher, used a massive x-ray detector to scan photons in living samples. He wanted to understand the nature of the energy field that surrounds living matter. He discovered that both plants and animals emit light in the form of bio-photons from the cellular nuclei. The cells work like radio transmitters and receivers, exchanging information. Popp could also measure coherence, the level of correlation between distinct frequencies of the cells. High coherence indicated healthy, functional cells. Low coherence indicated problem areas in cell communication, signs of disease.

We get bio-photons from food, water, air and sun. They power cellular transceivers from the cell nucleus. One hundred trillion micro-organisms keep the human body in a homeostasis, thanks to a constant electrical Morse code that manifests as our individual resonance, the human energy field.

We can presently measure and influence human EM fields with amazing accuracy and influence over their behavior. We can target cells, bacteria, organs, muscles and bones with specific resonances that re-energize their natural state. The practitioners refer to the field as “bioresonance”, “Vitalfeld“ (German for “vital field”), or “frequency medicine,” with little official recognition from the healthcare industry. Wikipedia defines bioresonance as a “pseudoscientific medical practice in which it is proposed that electromagnetic waves can be used to diagnose and treat human illness.” Meanwhile a rapidly growing community of EM practitioners, physiotherapists, dentists, virologists, cardiologists, fertilitists, and other specialist therapists use EM waves to heal people from a wide spectrum of chronic disease, physical fractures, infections, even mitochondrial wear and tear.

Vitalfeld applications are in a unique class, able to measure 200 million objects in eight minutes, to pinpoint the areas where cell communication is hampered. Since the oscillations of distressed areas are different from healthy ones, the EM practitioners are able to address problems on an energetic level long before the onset of biochemical symptoms. The frequencies can also support functions like the immune system, the gut biome, specific micro-organisms, even mitochondria, with targeted therapy that is exclusively frequency based.

Our understanding of wave energy is going through a shift between two realities, the same way the Newtonian model had to give way to the classical Einsteinian model, and the latter to the Relativistic Quantum Mechanical model. A shift like this faces immense resistance, it requires the addition of new laws. To reconcile the behavior of gravity, light and a score of new particles like quarks and leptons, scientists had to devise 10- to 26-dimensional superstring models, but when it comes to human health, we prefer to stay lodged in a 4-dimensional reality.

All it takes to prove that we’re electromagnetic beings is to connect two points on our body to a voltage meter, and observe the results. As Soviet scientists would first discover, the voltage on our skin could also be influenced by our thoughts, an observation that led to both the lie detector and the need to add a further dimension to our thinking.

Professor William A. Tiller, a professor of materials science and engineering at Stanford University, takes the mind-wave model for a ride in his norm-busting work Science and Human Transformation (1997). He uses precise measurements on human subjects to demonstrate the power of mind over matter. QiGong masters who elevate their palm temperatures between ~4º- 5º centigrade with mental focus. Meditators whose intentionality shows up in electrocardiogram (ECG) and electroencephalogram (EEG) feeds. Mental shifts that translate to chemical changes in hormone and immune systems.

“My working hypothesis is that we are primarily elements of spirit, indestructible and eternal and multiplexed in the Divine. As such, we have a mechanism of perception which is a ten-dimensional mind domain,” says Tiller, in a manner that doesn’t sound like an Ivy League engineering professor.

Mind and matter have a secret love affair in our classical world. The notion steps on religious models where a higher force oversees the creation. But if consciousness is an energy field, it’s more accurate to say that we are part of the higher force.

Evolutionary biologist Robert Wright whose sole focus has been to study the propagation of microbial populations, fauna and flora, also proposes that our real driver is conscious energy (Ec). We strive towards Ec like hungry, energetic beasts, through trial and error, destruction and construction, competition and co-operation, extinction and rebirth, in a wave-like motion, with the overall direction being higher consciousness.

With sufficient Ec, we can modify our thinking and patterned behavior by increasing the laws of observation. The resistance built into the octave necessitates increasing co-operation between increasingly complex entities, like bacteria and humans. Again, great job description for Ec.

How do Schumann resonances fit into this picture?

The Schumann resonance is a planetary wave, generated by the upper layers of our atmosphere, which happens to be an excellent conductor. Lightning feeds the planet with an extremely low frequency (ELF) band which begins at 7.83Hz and extends over five frequencies. Winfried Schumann himself, the son of a physical chemist, was eager to prove that the earth has a pulse, as does any sphere within a sphere where the two are charged and rotate.

And so it goes.

Think of it this way. Schumann resonance is a conscious thought generated by the planet, and we are all part of that thought. Psychiatrist Hans Berger used the first EEG machine to measure the human brain frequency in the 1920s, the result matched with the Schumann resonance. From an electromagnetic perspective, we and the planet are one.

The University of Dusseldorf and the Max Planck Institute for Behavioral Physiology experimented with test subjects who were holed up in bunkers, isolated from Schumann resonances over several weeks. The volunteers suffered emotional distress, migraines and other problems, which were reversed after the scientists re-introduced Schumann frequencies into the bunkers.

Schumann resonances are naturally scarce in cities, where the network of cement buildings and insulated streets form a type of Faraday’s cage. How significant is the effect on our energy level? Take a walk in open nature after being holed up for a few days and judge it for yourself. Lack of Schumann resonances is likely a significant cumulative factor in the global chronic disease and fatigue plague.

An equally damaging factor is the excess frequencies that we employ for modern living. We are the first generation of guinea pigs living under microwave radiation. The microwaves that operate our cellphones, wifi routers, relay stations, radar systems and microwave heaters cook up neurons and disrupt the coherence in living cells, the damage just happens to accumulate slowly.

Microwaves have been linked to brain tumors, cancer, Alzheimer’s, migraines, Parkinson’s, osteoporosis, skin problems, behavioral problems in children, and DNA damage, with little or no media exposure. Cellphone radiation also disrupts the blood-brain barrier, allowing heavy metals and other toxins to enter the brain. As recently as in 2016, a $25 million animal study proved a direct correlation between cellphone radiation and cancer⁠2, but it barely lit a match in the hallway of regulatory polemic.

Electromagnetically perceived, living healthy leads to higher cellular coherence in our body. This means a decent subjugation of harmful EMF as well. The higher the coherence, the better the cells are at producing and distributing energy. We’re designed to be thermodynamic miracles, human combustion engines that produce up to 5,000 times more energy, pound per pound, than the sun.

This is the energy that the mind has power over, if we are ready to adopt the Quantum Relativistic reality.

Energy is the basis of everything. Body, mind and spirit. Only on different frequencies.

A sense of both biochemical and biophysical energy input is necessary to secure a healthy living environment and style.

The biochemical inputs – like food, water, sun and air – provide the raw energy. If you compromise a raw input, there will be trouble. Processed foods and simple carbohydrates wreak havoc on the cell, for example, by depriving it from essential nutrients, but the resulting cellular wear and tear wouldn’t necessarily manifest until 20 years later as a tumor. In a way, the tumor manifests as the accumulation of energy deficiency on cellular level. Like most forms of chronic disease. With frequency medicine, the problem would show up as reduced coherence, something that can be addressed decades before it has the opportunity to manifest as a biochemical symptom.

Beyond the raw energy inputs, we have to make sure we interact with Schumann Resonances, aka nature, and eliminate excess unnatural radiation from our environment. There is no need to become a recluse, simple tricks like switching routers and phones off for the night, may give cells enough of a break to repair the damage at night, when most of the healing happens in any case. The better sleep alone is worth it.

In the near future, we have the capability of increasing Schumann Resonances artificially, to give coherence a chance in the home environment. Sign up for the newsletter below to stay tuned.


In 2009, Nobel laureate and HIV co-discoverer Dr. Luc Montagnier put a dent on classical science with a simple wave-water experiment. 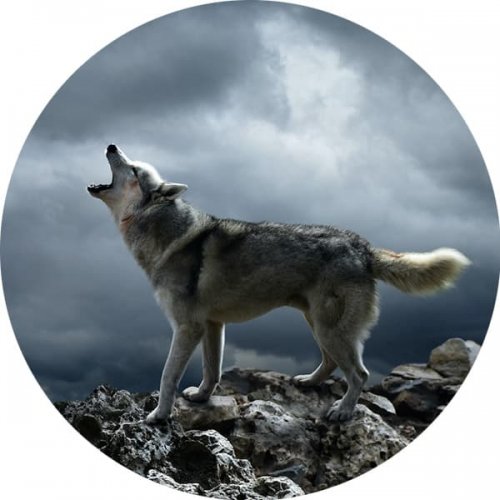 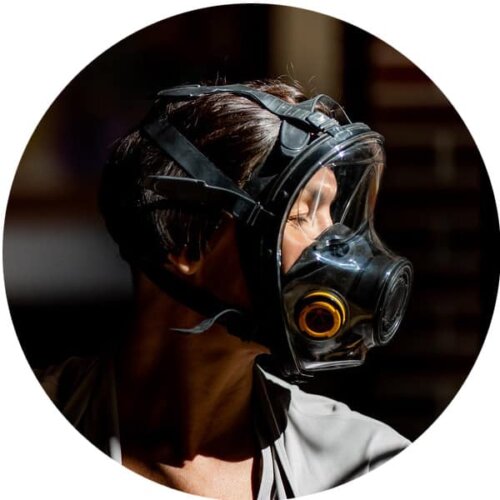 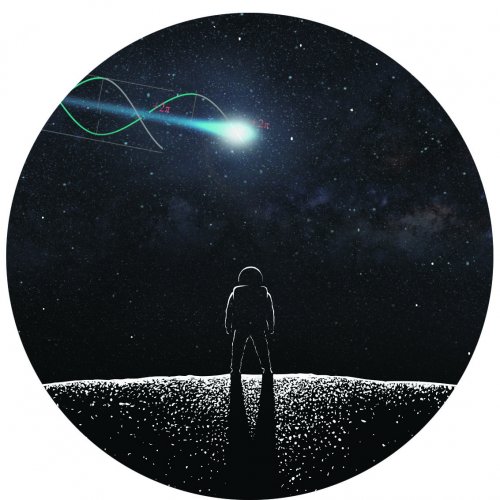