Parasite: The Mischievous Guide To A Healthy Life - Energy For Living 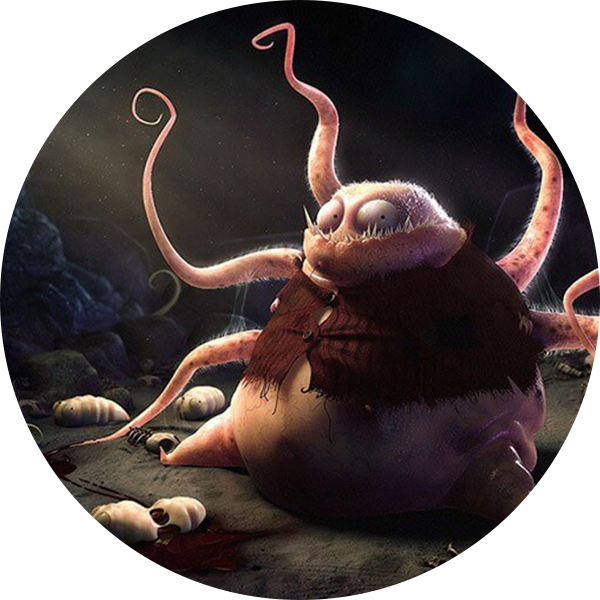 Parasite: The Mischievous Guide To A Healthy Life

If you’re dealing with a parasite, a simple shift in how you perceive microbial lifeforms may help you discover the path to permanent health.

I call him Edgar because he doesn’t like to be called “parasite.” The classic Greek nomer (‘para’ means beside, and ‘sitos’ means food) doesn’t explain his nature. Most people who hear the word, visualize a worm that hasn’t shaved for weeks, with tiny antennas, living in a cabin in your brain or colon, chewing your guts out. But nobody really knows who he is, or that he sometimes takes more than the shotgun seat.

There are more than a thousand types of species like Edgar’s, but science has named only a few of them. Thirty percent live in our digestive systems while the other seventy percent live all over our body, including blood, organs, skin, eyes, brain and sinus.

Once colonized, they will eat the same foods you eat or they will eat you. And we’re not talking about a small army. They’re the majority, if you include other microbial lifeforms. Ninety percent of our cellular count (100 trillion) belongs to other than human DNA. Besides food and lodging, their real modus operandi remains a blur to us. The inescapable fact is that they are part of us, and we are part of them. The miracle is that all roughly 10,000 species that constitute our biome, imagine themselves as one.

Unless one of them rears its head in a coup d’etat attempt, like Edgar did.

I named Edgar after he first introduced himself in Haiti more than five years ago. This is where I usually lose customers. I didn’t name a parasite thinking it’s a pet. It’s not a pet, I get that. When I say “Edgar did this” or “Edgar did that,” I’m not taking a critter for a walk through a park. I don’t listen to 106.7 FM through my teeth, either. I named him as a science project, full stop. Like an amateur astronomer, except the telescope is pointed inside.

Actually, the process is a bit more complex. There is a higher-level observer, that has nothing to do with the ego (i.e. the one who imagines to be “one”). Then there is the subject of study, in this case Edgar. Then there is the influence Edgar has on the ego. And there is also an influence that the altered ego has on the observer, a complex equation that requires constant calibration and disciplinary awareness.

If you can drop the idea of being a victim to a hostile organism, you can study the critters from the comfort of a cafeteria, airport transit lounge, Uber backseat, or a friendly white-padded cell. They influence our lives on multiple physiological and psychological levels that very few people are aware of. To become an adept observer requires an elementary understanding of astronomy, xenomorphism, and psychology, with a tinge of Captain Kirk’s boldness.

Unfortunately, because of the McCarthyism type paranoia that people have against parasites, they are not a popular topic, unless you happen to be in a cafe that’s frequented by the world’s dozen parasitologists. For one, folks don’t want to know about theories that delegate free will to bugs.

Scientists who look for new drugs, unless they’re behavioral, don’t pay attention to this stuff either, since it’s not patentable. Then there is the problem of methodology. How do you measure the psychological influence of parasites on someone? You’d have to quantify emotional states, for one. Not doable. We tick as individually as fruit flies fuck, both metabolically and psychologically. That leaves self-study as the only viable method to explore the unknown.

When you shift the perspective from an enemy to a co-inhabitant, parasites can become a source of vital information about your well-being. Edgar is way above the unity delusions of the host. He has more important things to do. Science doesn’t know what the hell those things are, so it creates taxonomies instead, splitting the lot into Latin.

From only a few microns to a 12-foot hydra, we all carry a spectrum of parasites, without understanding any of them. They only hit the radar when doctors identify them as the culprit to a range of maladies which, according to e.g. Doctor Oz, happens to 90 percent of people during their lifetime.

The World According To Edgar

In Edgar’s world, the one beyond science, parasites are considered the top of the food chain. Humans are considered processing factories, vehicles for whatever the riddle of their purpose (my best guess is interstellar travel). Compared to their level of intelligence and commitment, we’re the worms.

Parasites belong to a high-ranking social order of mind-over-matter royalty, that command armies of bacteria. They’ve been manufacturing social orders for billennia. High Priestesses top the domain. Occasionally dictators rise, crushed by saints, in a recurring cycle. Some species pull towards a safe mean, others remind you to push the unknown. There is a polarity of forces at work that humans would call opposites, but it’s the interaction that makes us tick. It’s their lovemaking and chemistry that makes us think. It’s what spins life’s yin-yang. Except when the energy balance is lost, and some critters decide to go for conquest.

The causality between our microbial balance and mental health is a direct line, as well. The food we eat feeds the bugs. So do toxins. The bugs’ chemicals feed our mind. It’s as simple as Hippocrates’ “Let food be thy medicine and medicine be thy food.”

Our alien communities manufacture all our brain chemicals, including serotonin, 90 percent of which is made in our digestive tract. If we mess up that community, we screw with our heads. High carbohydrate diet, low in protein, and high in alkaline make parasitic infections worse. Sugar has opened the market for prescription-based speed and meth for a century now, because of the detrimental effect it has on our metabolism, and thereby our minds.

The degeneration started 20,000 years earlier, with the introduction of agriculture, carbohydrate based diets and increasingly nutrient-free crops (skeletons before 20.000 BC are free of disease markers, are an average six inches taller, and have 200-300 grams more brain matter). We fenced in the animals and plants, and we fenced in ourselves. Now both our biome and IQ is paying for it.

Our biological gut and external world order share the same fate because of a shared perception. If we perceived all species of bacteria as co-inhabitants of our microbiome, we’d focus on nutrition that maintains a metabolic balance, rather than trying to nuke them with antibiotics and antiseptics. The same applies for people and peace: wars are only fought between races and tribes who don’t perceive each other as part of Earth’s macro-biome.

The balanced gut of an isolated native tribe member, with a high diversity of species, is the perfect blueprint for a harmonious, diversified civilization. When one microbial species wants to rule another, the chemicals cause fear and anxiety, that feed straight into world order. When we counter bug attacks with WMDs like antibiotics, we help a more vicious species evolve. MRSA, the flesh eating superbug, was born exactly the same way ISIS was: by carpet bombing civilizations repeatedly.

The critters were never our enemy. It was us declaring the war against them.

From War To Rapprochement

Usually, whatever weapons you throw at parasites, from modern to alternative concoctions, helps to evolve them. They learn from our tricks. I can wipe out Edgar’s armies and turn him into a hermit philosopher in 10 minutes flat (with a couple of drops of ultra-condensed 4,000PPM chelated silver). But if the attack is not accompanied by lifestyle changes, systematic detoxes, and nutrition that is optimized for my individual metabolism, Socrates can still whisper. The typical Cedars Sinai antibiotics are the parasite’s favorite. They love modern medicine, they surf when the immune system crows. They also form biofilms, impenetrable bunkers for their accommodation that are nearly impossible to destroy. Antibiotics, while blasting away the first squadron, only empower the next.

You can’t destroy parasites conclusively in an American type recurring fantasy about terrorists. You can only negotiate peace, otherwise known as health.

Another misconception about parasites is that they play a zero-sum game, i.e. eat parts of you without consideration. Nothing could be further from the truth. The Edgar I know is a high priest who works for a living. He wears a white toga and exercises every morning with a fusion of kung-fu and yoga. Rest of the time he uses behavioral guidance to make sure I’m not primarily engaged in wrecking up my immune system.

Edgar’s character is a matter of personal fictionalization, with a purpose.

Ever since I shifted my perspective from “enemy” to “co-inhabitant”, Edgar has nudged me along with a carrot and a whip. The carrot is well-being, the whip is physical and mental torment. If I eat carbs with a compromised immune system, I reel. If I fly transatlantic, miss a few nights of sleep, and have an argument, he makes me gag in the middle of a sentence. The causality boils down to any activity that represents a cumulative net loss of energy. Bugs and parasites can only go high when our immune system goes low.

No single “remedy” can fix a disruptive bug, because the real cause is the cumulative damage of modern lifestyle, stress, nutrition-scarce foods, lack of exercise, high carbs and high toxin intake. The sustainable answer to pathological parasites is to rid ourselves of an energy-deficient lifestyle.

The easiest way to achieve this is to work in collaboration with the critter, even to credit him with all the hard work that you’re doing.

Ergo, it was Edgar who “gently” nudged me to drop carbs, sugar and alcohol. He changed the water I drank. He urged me to kill antibiotics with the help of natural antimicrobials. He added the minerals and supplements I was lacking, by introducing me to metabolomic blood tests. It was Edgar who taught me to sense and learn the individual foods that upped my energy, and vice versa. He made me disappear into the mountains and swim in the ocean, and to take my shoes off on a dirt path, and my shirt off on a sunny day. To be more connected, to fauna and flora alike.

All these are energy factors.

Study your Edgar. Shift the perspective from an enemy to a guide, and he may turn into a veritable health nut.

“Do I not destroy my enemies when I make them my friends?”