Sugar: How We Became Her Junkies In Denial

Life Currency: How We Deplete and Charge Human Energy 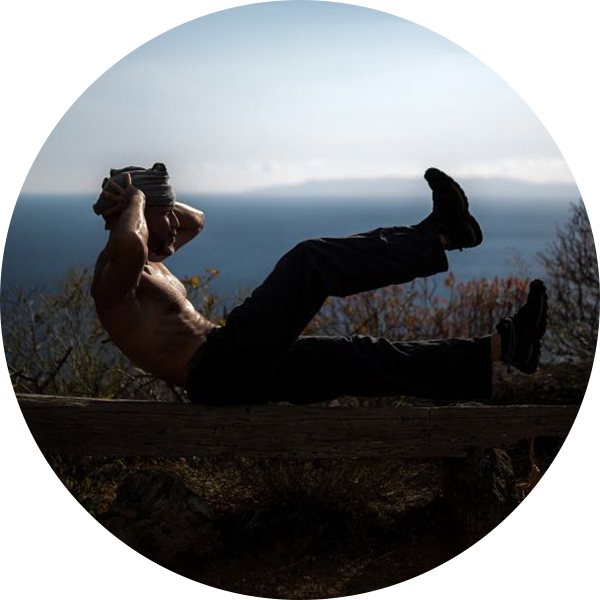 The most dangerous and persistent myth around nutrition, propagated especially after the 1980s by the sugar and food industry, is that fat is bad.

The most dangerous and persistent myth around nutrition, propagated especially after the 1980s by the sugar and food industry, is that fat is bad. The subsequent low-fat diet fad has caused more disease and obesity than any other phenomenon in history.

The reality is that sugar makes us fat and sick, while the right fats help us burn excess fats and make us healthier.

To understand fat, we have to go back in time and look at what really gave the human species it’s evolutionary stretch. Two million years ago, humans belonged to a group of hominid monkeys known as Homo habilis, aka Handy Man, living in the African savannah. We weren’t just any simian; we were the top apes on the continent, in fact the smartest creatures since the birth of single-celled life. For the next two million years, our ancestors would outsmart every other species on the planet.

What made us special?

For one, we weren’t surrounded by geniuses. Monkeys had already been around for 50 million years, during which they failed to crack open so much as a nut. Handy Man’s great forefathers, the Australopithecus, finally learned to run on two legs, but for another two million years kept running after deer that were five times faster. Australopithecus may have begun the marathon tradition, but from a nutritional standpoint, it was a zero-sum game. Aside from the rare and occasional leftovers from hyenas, their daily catch consisted mostly of tubers, lizards, vegetables and fruit.

Along came our kind, the first stand-up apes with tools. We figured out a simple thing called the rock. Split it, and you can carve stuff out with the sharp end. Attach it to a stick, and you get a spear. Throw the spear at a saber-toothed cat, and you get meat, bone marrow and saturated fats. Grunt. From this point onward, we tripled our brain size from a monkey-like 400ml to a human-like 1,200ml in less than 2 million years.

What was the real cause of this unprecedented evolutionary jump? There is reason to believe that it was a triplet of fat molecules called ketones.

The Power Of Ketone Bodies

Ketones are high-grade jet-fuel for the human furnace, especially the brain. They consist of three water-soluble molecules produced by the liver under certain conditions such as (1) fasting, (2) low-carb intake combined with high-saturated fat intake, and/or (3) intense exercise. These also happen to be typical Paleolithic conditions. These three molecules (also known as beta-hydroxybutyric acid, aka BHB, acetoacetic acid, and a byproduct known as acetone), may have played a significant role in getting us out of our monkey suits. Re-introducing ketones into our lifestyle may, therefore, also be the way to reverse our devolutionary track.

Switching over to ketones is about switching our bodies from sugar burn to fat burn. For the majority of our evolution we’ve been fat burners, and this is where we still prosper, when we manage to “switch over” to our natural burn.

The sacrifice of “having to give up carbs” may sound formidable at first, but the actual “sacrifice” is basically a sugar-induced illusion. High-fat diets offer endless feasting possibilities. Organic meat. Nuts. Seeds. Eggs. Fish. Plant protein in all its forms. Coconut oil. Avocados. Olive oil. Ghee.

An average ketogenic diet contains no more than 20 percent of carbs.

To get the optimal effect from ketones doesn’t mean that we need to stay in ketosis permanently. We can occasionally have a carb feast. Depending on the biochemistry, this could be once a week, for example, or once every two weeks. The tempo is individual, we have to feel it out individually.

A recent scientific study found that a ketogenic diet increases mitochondrial metabolism and signaling in the brain. On a Standard American diet, the brain usually burns glucose. But when a diet is rich in healthy fats, the genes in the hippocampus (responsible for learning and memory) accelerate mitochondrial enzymes and energy metabolism, while significantly reducing the oxidative stress that comes from burning glucose.

For thousands of years, fasting (a simple way to generate ketone bodies) was used to treat epileptic seizures, without knowing why. In the 1930s, researchers found that ketone bodies prevented seizures by inhibiting glutamate release. This was confirmed by a study conducted in 2013.

Within a three-to-six month period, the consumption of ketones has been shown to lead to significant cognitive improvement in patients with Alzheimer’s and Parkinson’s disease, making this dietary change a functional way to battle neurodegenerative diseases.

Aside from overhauling our brain, a high-fat diet reprograms liver cells to dump their fat content, increase HDL (the good cholesterol) and reduce lipoproteins (associated with heart disease). By overhauling our mitochondria, ketone bodies also reduce the probability of chronic illnesses.

A saga of intermittent starvation and fat intake, the the life of the Handy Man was optimal for the production of ketones, according to most studies on Paleolithic lifestyles.

Cambridge University researchers who have studied fossil evidence from the past 200,000 years found that our brain size peaked about 20,000 years ago (at 1,500 milliliters aka cubic centimeters).

Twenty thousand years ago also happens to be the onset of the agricultural era.

Agriculture introduced us to carb monocrops form like grains (wheat, rice, maize) and potatoes, which later evolved into bread, pasta and tortillas. We also began to cultivate grapevines and fruits, mixing carbs and fructose as our new staple, while radically cutting down on saturated fat – pretty much the staple of our slow-witted ancestor, the Australopithecus.

Since the introduction of agriculture, we’ve lost about 150 milliliters of brain matter (the size of a tennis ball) in less than 10,000 years, and probably a lot faster in the last century with the onset of junk food and trans fats.

NOTE: Trans fats are not real fats, although we use them bountifully for cooking and processed foods. Trans fats are industrial chemicals made out of vegetable fats, a cheap fat substitute. Trans fats promote free radicals as if they were rockstars. Free radicals in turn are the main cause for oxidative stress, accelerated aging, chronic issues. Be careful to ditch all vegetable oils from your personal universe!

While scientists have tried to figure out the shrinking brain mystery by citing multiple causes, including “climate change,” “decrease in vitamins” and the “metabolic tradeoff between body size and number of neurons,” one cognitive scientist, David Geary, believes the culprit is an increase in population density. His logic is the following: the more complex the society, the less brain capacity you need to survive. I would tend to disagree with Geary. We need more brain cells to thrive in advanced societies.

The lack of ketones in modern life appears to be the best explanation for the shrinking brain phenomenon.

The Promise Of A New Ketogenic Era

Interestingly, DARPA (Defense Advanced Research Projects Agency), which spends over $3 billion a year to develop advanced military solutions and weapons (and is also known as the original developer of the internet), recently funded private research into ketone esters to improve the cognitive function and physical performance of Special Forces soldiers. The project spanned several years and produced startling results. Strapped into heart and oxygen monitors, the test soldiers increased the heart’s energy production by 28 percent.

While DARPA is expropriating synthetic ketones for military use, the good news is that we can access this ancient species accelerator in a natural way, by mimicking the lifestyle (fats and intermittent fasting) of our hunter-gatherer ancestors. Key in this health quest is to adjust a high-fat diet with our individual nutritional type, using metabolomic blood tests and/or questionnaires, to make sure we get the exact nutrition that is optimal for our individual metabolism. Ketogenically modified metabolomic protocol yields the highest consistent results in clients with chronic conditions, like autoimmune disease.

ANNEX: Latest studies on the health impact of ketogenic diets.

This is a review of 108 international study reports on the ketogenic diet published over the last two decades. The review was conducted by Italian researchers at the Sapienza University of Rome, Italy, and published in the April 2018 journal, Antioxidants.

The researchers analyzed each of the studies to correlate their data, summarizing them with detailed, medically-scientific explanations of the many aspects involving ketogenic dieting for Alzheimer’s disease and other neurodegenerative disorders.

These summaries were sectioned off between their introduction and conclusion under the following headings containing references for each study in the review.

Basically, this current extensive study review is more of a “white paper,” which is a persuasive essay using facts and logic to promote the need for more detailed, alternative medical research, as explained in its conclusion.

“ … in order to better understand the pathogenesis of AD [Alzheimer’s Disease], to study and to monitor the activity and the efficacy of new therapeutic approaches such as KD [Ketogenic Diet] and, finally, to develop a personalized management of the disease”. (Source)

It’s obvious from this review, or white paper, that despite the official establishment naysayers, who use every legal dirty trick to suppress this type of information, the ketogenic diet has demonstrated safe, efficacious results for a wide spectrum of neurological and metabolic disorders.

This is an animal study published late April of 2018 in the journal, Scientific Reports. This study was not included among the 108 reports reviewed in number (1) of this article. Excerpted from the study:

While KD has beneficial effects in disease systems, it is unclear if similar impacts persist in healthy conditions …[to] benefit their neurovascular functions and gut microbiome composition, and whether these changes could contribute to lowering risk for AD, the most common form of dementia.

This study was also published April 2018, this time in the journal, Diabetes and Metabolic Syndrome. A 38-year-old male with metabolic syndrome who had the APOE4 gene, considered a marker for developing Alzheimer’s, who was already experiencing early stage memory problems and had a family history of Alzheimer’s Disease (AD), was placed on a ketogenic diet combined with high-intensity interval training (HIIT) for 10 weeks.

After observing the results, the researchers concluded:

… implementing a ketogenic diet and high-intensity exercise could essentially turn “off” the effects of this APOE4 gene earlier in life for prevention of future neurodegeneration. (Source)

This is more evidence that leaning towards a high healthy-fat diet, with the knowledge that saturated fats do not cause poor cardiac health, leads to preventing the rise of dementia.

This case study was also published in the journal, Diabetes and Metabolic Syndrome, in April 2018. This time a 57-year-old female with metabolic syndrome, a diabetes 2 precursor, and currently mild cognitive and memory impairment that often leads to Alzheimer’s, was placed on a ketogenic diet for 12 weeks while performing high intensity interval (HIIT) training.

Alzheimer’s disease (AD) deaths have increased by 89% since 2000. This alarming trajectory of neurological disease highlights the failure of current best practice. Deteriorating brain fuel supply is the nemesis of intact neurological health.

After 12 weeks of ketogenic dieting and HIIT, her memory and cognitive ability were normal and her physiological metabolic markers were greatly improved. (Source)